Board of Directors | ImmunoGen for ADC Technology-focused Cancer Treatment 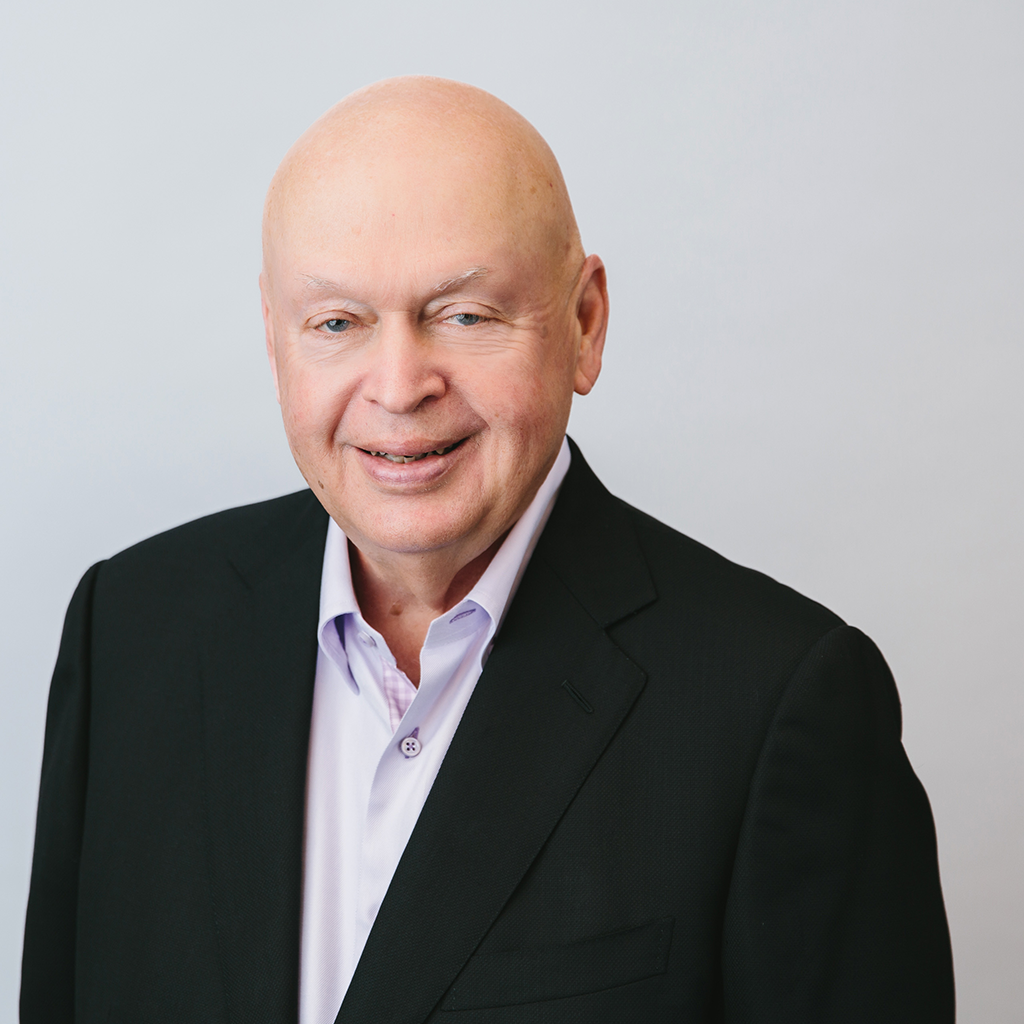 Chairman of the Board

Stephen C. McCluski has been a director of ImmunoGen since 2007, and has served as the Chairman of our Board of Directors since 2009. Mr. McCluski served as Senior Vice President and Chief Financial Officer of Bausch & Lomb Incorporated from 1995 to his retirement in 2007. Mr. McCluski is also a director of Monro Muffler Brake, Inc. and the James P. Wilmot Cancer Center of the University of Rochester. 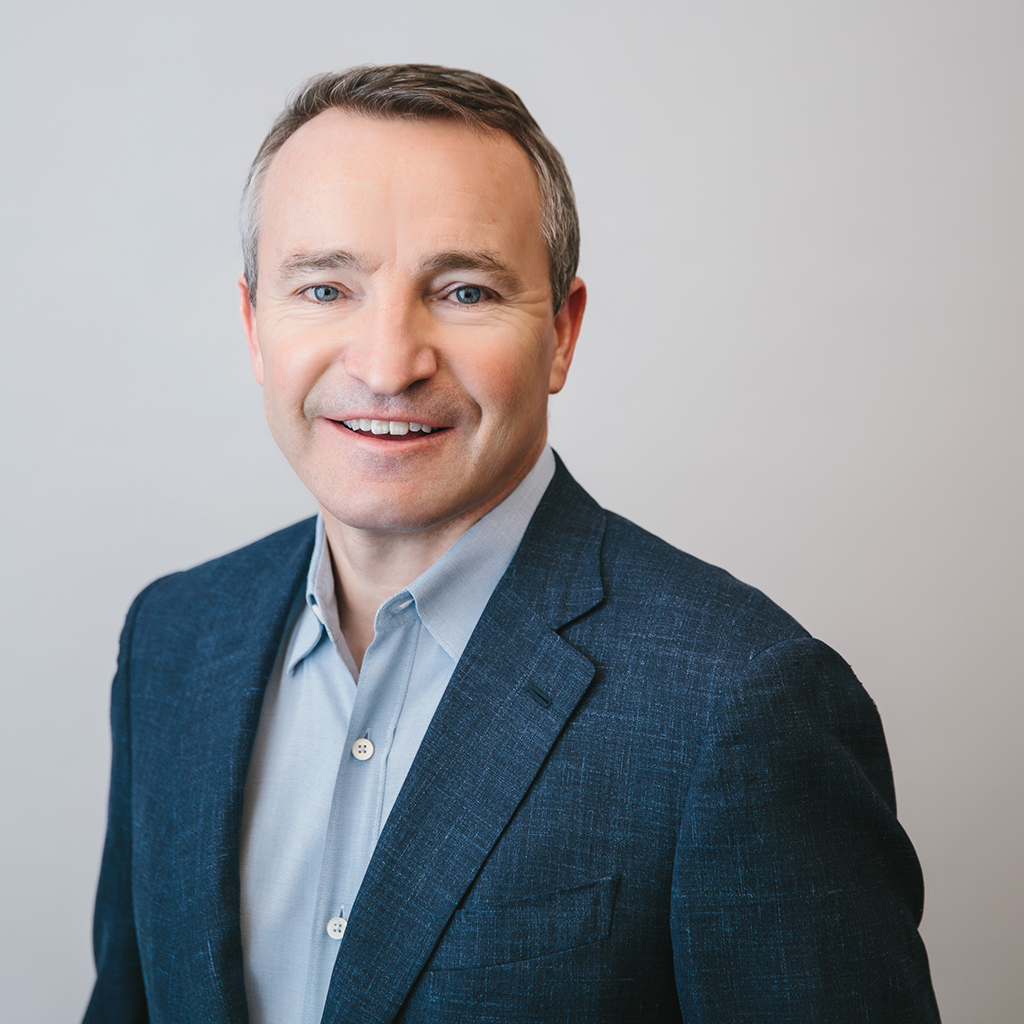 Mr. Arbuckle has more than 30 years of experience in leading global sales and marketing efforts at biopharmaceutical companies. Prior to joining Vertex, Mr. Arbuckle held multiple commercial leadership roles at Amgen, Inc. As Vice President and General Manager, Oncology Business Unit, he led sales, marketing, patient advocacy and access efforts for Amgen’s portfolio of cancer medicines. He was responsible for sales and marketing efforts for Aranesp® (darbepoetin alfa), Neulasta® (pegfilgrastim) injection and NEUPOGEN®(filgrastim), which accounted for more than $5 billion in sales in 2011, and led the successful launches of XGEVA® (denosumab) injection and Nplate® (romiplostin) injection. Most recently, he served as Vice President and Regional General Manager where he led efforts to expand Amgen’s presence in Japan, Asia, the Middle East and Africa.

Prior to these roles, Mr. Arbuckle spent 15 years at GlaxoSmithKline (GSK) plc, where he held sales and marketing roles of increasing responsibility for medicines aimed at treating respiratory, metabolic, musculoskeletal, cardiovascular and other diseases. He joined GSK after earning a degree in pharmacology and physiology from the University of Leeds in the United Kingdom.

Mr. Arbuckle currently serves as a member of Rhythm Pharmaceuticals and ImmunoGen’s board of directors, as a national board member of the Cancer Support Community, an international non-profit dedicated to providing support, education and hope to people affected by cancer, and on the Executive Committee and Health Section Governing Board for the Biotechnology Innovation Organization (BIO). He is also co-chair of the BIO Standing Committee on Access & Value. 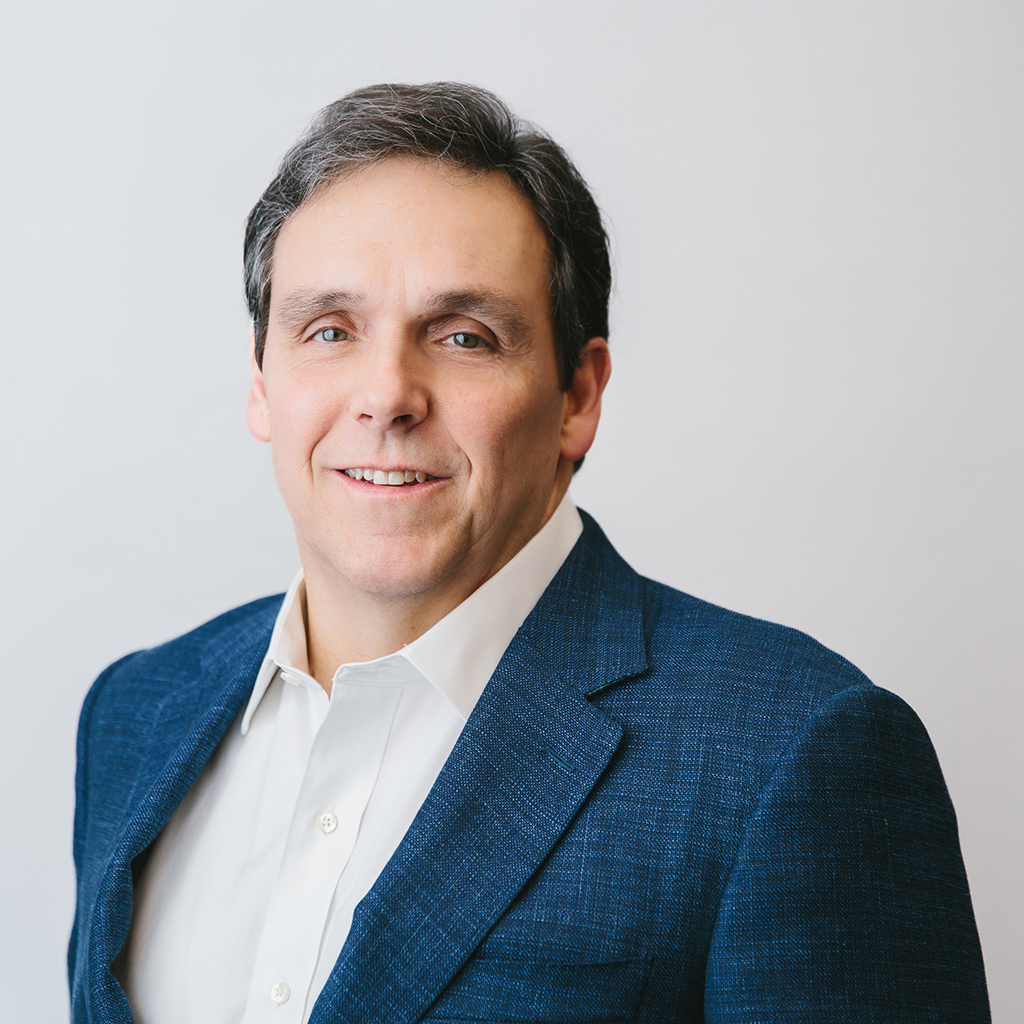 Mr. Enyedy joined ImmunoGen in 2016 as President and CEO, bringing over twenty-five years of combined general management, business development and legal experience in the biotechnology industry. He joined ImmunoGen from Shire plc, where he served as Executive Vice President and Head of Corporate Development, leading the company’s Strategy, M&A, and Corporate Planning functions and providing commercial oversight for the company’s pre-Phase 3 portfolio. Previously, Mr. Enyedy served as CEO of Proteostasis Therapeutics, Inc., following 15 years at Genzyme Corporation in diverse roles, most recently as President of the Transplant, Oncology, and Multiple Sclerosis divisions. Before joining Genzyme, Mr. Enyedy was an associate with the Boston law firm Palmer & Dodge. He holds a J.D. from Harvard Law School and a B.S. from Northeastern University. Mr. Enyedy also serves on the Board of Directors of Ergomed plc, The American Cancer Society of Eastern New England, and the Biotechnology Innovation Organization. He previously served on the Board of Directors of LogicBio Therapeutics, Inc., Akebia Therapeutics, Inc., Fate Therapeutics, Inc., and Keryx Biopharmaceuticals, Inc. Mark Goldberg, MD, has been a director of ImmunoGen since 2011. Dr. Goldberg served in various capacities of increasing responsibility at Synageva BioPharma Corp., a biopharmaceutical company, from 2011 to 2014, including as Executive Vice President, Medical and Regulatory Strategy of Product Development. From October 2014 through the acquisition of Synageva by Alexion Pharmaceuticals, Inc. in June 2015, Dr. Goldberg, while no longer an officer, remained employed by Synageva contributing to medical and regulatory strategy. Prior to joining Synageva he served in various management capacities of increasing responsibility at Genzyme Corporation from 1996 to 2011, most recently as Senior Vice President, Clinical Research and Global Therapeutic Head, Oncology, Genetic Health, and as Chairman of Genzyme’s Early Product Review Board. Prior to joining Genzyme he was a full-time staff physician at Brigham and Women’s Hospital and the Dana-Farber Cancer Institute, where he still holds appointments. Dr. Goldberg is an Associate Professor of Medicine at Harvard Medical School. Dr. Goldberg holds a Doctor of Medicine degree from Harvard Medical School. Dr. Goldberg is also a director of aTyr Pharma, Inc., Blueprint Medicines Corporation, GlycoMimetics, Inc. and Idera Pharmaceuticals, Inc. Tracey L. McCain joined the ImmunoGen Board of Directors in November 2021. She has served as Executive Vice President and Chief Legal and Compliance Officer of Blueprint Medicines Corporation, a commercial-stage global precision therapy company focused on genomically defined cancers and hematologic disorders, since September 2016. Prior to Blueprint, Ms. McCain was Senior Vice President and Head of Legal for Sanofi Genzyme, a global business unit of the biopharmaceutical company Sanofi S.A. From May 1997 to September 2016, Ms. McCain held various roles at Genzyme Corporation, a biopharmaceutical company, including as General Counsel following Genzyme’s acquisition by Sanofi in 2011. Prior to joining Genzyme, she was an Associate at Palmer & Dodge LLP. Ms. McCain holds a J.D. from Columbia University School of Law and a B.A. from the University of Pennsylvania. She is also a director of Kiniksa Pharmaceuticals, Ltd. 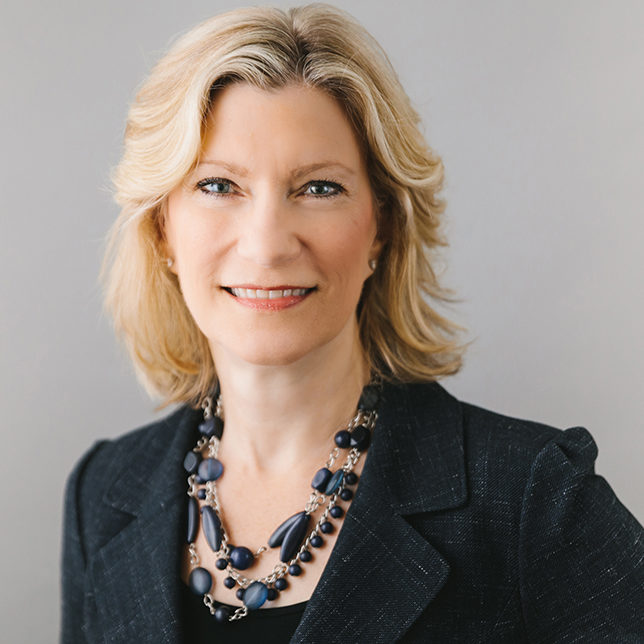 Kristine Peterson has served as director of ImmunoGen since 2012. Ms. Peterson served as Chief Executive Officer of Valeritas, Inc. from 2009-2016. Prior to that she served as Company Group Chair of Johnson & Johnson’s biotech groups from 2006 to 2009, and as Executive Vice President for J&J’s global strategic marketing organization from 2004 to 2006. Prior to that she served as Senior Vice President, Commercial Operations for Biovail Corporation and President of Biovail Pharmaceuticals from 2003 to 2004. Prior to that she spent 20 years at Bristol-Myers Squibb Company in assignments of increasing responsibility spanning marketing, sales and general management, including running a cardiovascular/metabolic business unit and a generics division. Ms. Peterson is also a director of Amarin Corporation plc and Paratek Pharmaceuticals, Inc. 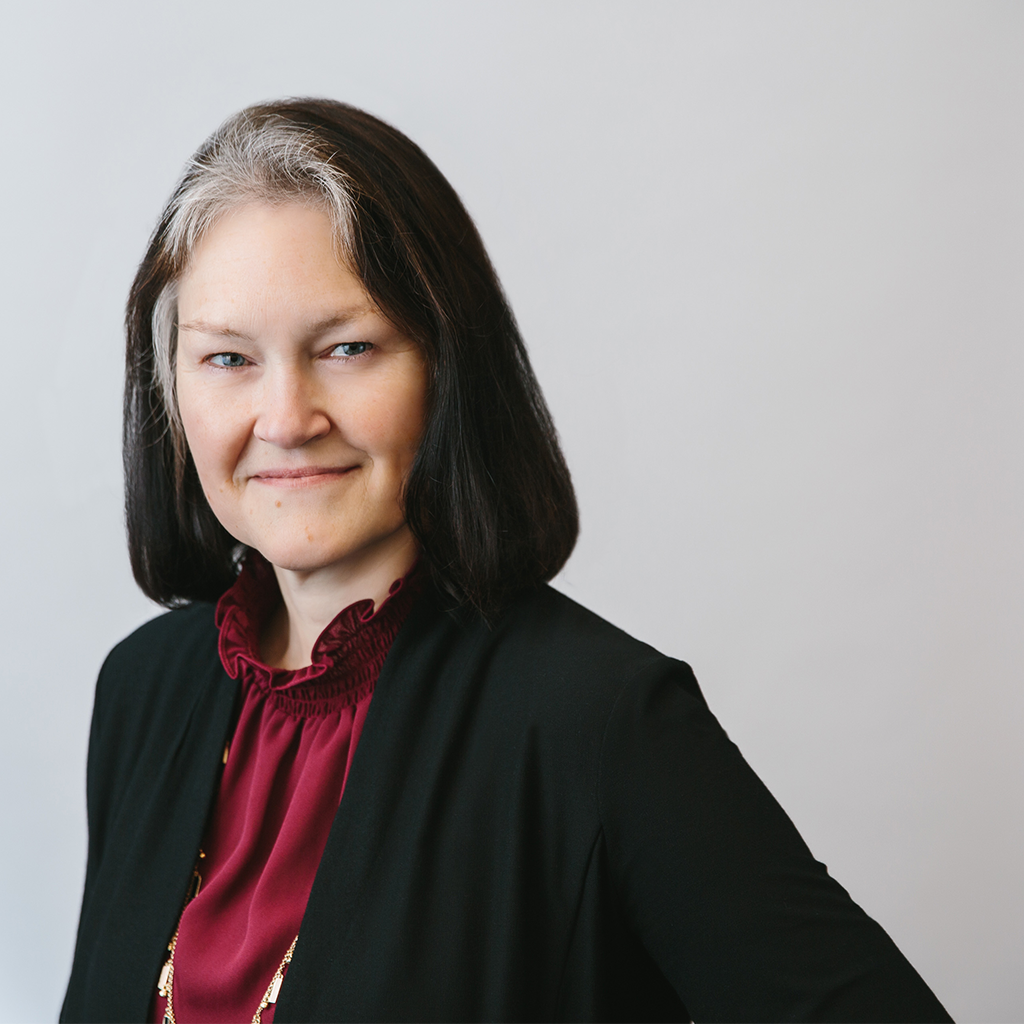 Dr. Thackray joined the ImmunoGen Board in September of 2021 with over 25 years of biopharmaceutical, clinical research, and bench research experience. Currently, Dr. Thackray is the Chief Research and Development Officer for BioCryst Pharmaceuticals, Inc., where she oversees research and development activities from discovery through registration and defines the strategic direction of the Company’s pipeline. Prior to joining BioCryst, Dr. Thackray served in various positions of increasing responsibility at GlycoMimetics, Inc., including ten years as Chief Medical Officer and Senior Vice President, Clinical Development. In this role, she led product development for a multinational program in AML (acute myeloid leukemia) and other hematologic malignancies from pre-IND through registration studies. Earlier in Dr. Thackray’s career, she was Vice President, Clinical Product Development for Biosynexus, Inc., where she led the Company’s development programs in orphan indications. Dr. Thackray is a board-certified pediatrician and, since 2002, has been an Assistant Clinical Professor in Pediatrics at George Washington University School of Medicine and Health Sciences. She holds a Doctor of Medicine degree from George Washington University, School of Medicine and Health Sciences, a Bachelor of Sciences degree from Stanford University, and is a Fellow of the American Academy of Pediatrics (FAAP). Richard J. Wallace has been a director of ImmunoGen since 2007. Mr. Wallace served as a Senior Vice President for Research and Development at GlaxoSmithKline plc (GSK) from 2004 to his retirement in 2008. Prior to that he served in various executive capacities for GSK and its predecessor companies and their subsidiaries from 1992 to 2004. Mr. Wallace’s experience prior to joining GSK included eight years with Bristol-Myers Squibb Company and seven years at Johnson & Johnson (in assignments spanning marketing, sales, manufacturing and general management). Mr. Wallace is also a director of GNC Holdings, Inc.